LEADERSHIP (Companies with greater than 1,000 employees)

Terri Feely is described as a leader who combines a deep sense of empathy with a strong business acumen. When N.E.W.’s culture faced a shakeup following a merger, Terri served as a key bridge-builder and transformed a fearful workforce into one that possessed pride and confidence. Terri created four basic principles for her workplace: Attain, Retain, Inspire, and Admire.

She is driven by passion and commitment and has woven the company’s values into events like meeting-free-Fridays, summer family movie night, and Employee Appreciation Day breakfast. As a result of her initiatives, N.E.W. was recognized as one of the area’s Best Places to Work. Terri is said to bring “credibility, sincerity, and integrity” to her company, where she upholds company values with each business decision. Demonstrating that she possesses the breadth of interest and experience to be a true overall leader, Terri led a team that developed N.E.W.’s corporate social responsibility program called ‘Compassion Forward’ and implemented unique ways to reward and celebrate employees.

LEADERSHIP (Companies with less than 1,000 employees)

When Ashley Baquié joined MorganFranklin in 2009, she was faced with a tremendous challenge. As Vice President of Human Resources, she stepped into her position with a team of relatively new employees and limited resources. Ashley transformed the role of HR within the organization and implemented many critical programs. As a result of her leadership, the department has transformed into a full-service, cost-efficient business unit.

In building the MorganFranklin HR department, Ashley’s efforts actually generated cost savings of 50% – all while enhancing benefits provided to employees. Her approach and her accomplishments clearly demonstrate her embodiment of all the essential characteristics of a true HR leader. Her commitment to ethical business conduct is reflected in the training programs she developed and her insistence that satisfactory completion of these programs be a condition of employment for all company employees. Furthermore, Ashley’s creation of a help desk and intranet site, which increased her department’s response time by 87%, showcases her innovation. Lastly, her contributions are also evidenced in the development of compensation structures that ensure pay is linked to performance that advances MorganFranklin’s specific business objectives.

Since the inception of THE CENTECH GROUP, Lawyer Martin has shepherded the firm’s efforts to design and implement high-quality human factor management methodologies that revolve around the individual team member, both inside the workplace and beyond. This focus on employees as individuals with personal growth potential has produced measureable positive results at CENTECH’s bottom line.

Lawyer also oversees the Team Member Technical Support Center, which is an email-based tool for the identification, escalation, and resolution of employee issues and concerns. CENTECH’s Entrepreneur Assistance Program provides the opportunity for employees with more than five years of service to be eligible for financial assistance in cultivating their own small business endeavors.

The full extent of Lawyer’s innovation is best demonstrated by the company’s ‘Around the World Challenge,’ which offers an all-expense-paid trip around the world to any employee who can identify another company that offers employee programs that match all of those at CENTECH; the fact that no one has ever won a trip attests to the clear success of Lawyer’s efforts. 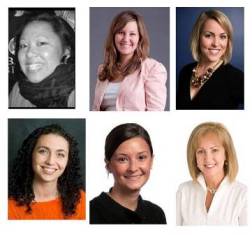 Edelman’s Onboarding Team took on a critical project in 2010: revamping the company’s new-hire
orientation program, after it was discovered that much of the information provided to employees during the process was not being retained. The team met this challenge creatively by rethinking every aspect of the process. The result was the development and implementation of a program called ‘Edelman Onboarding; Looking 4Ward,’ a well-paced program that replaced a one-day information overload.

The Onboarding Team designed Looking 4Ward so colleagues would gain a meaningful understanding of the company culture in their first days, weeks, and months of employment. This consists of six key parts based on the concept of “What you need to know”:

Through Looking 4Ward, the Edelman Onboarding Team transformed what had been a relatively unproductive administrative hurdle – for an average of 100 new US hires per month – into a helpful assimilation into the new environment.

Helping human resource employees determine and achieve their five-year goals has been one of Susan Brady’s top priorities at G&B; Solutions. As Director of Human Resources, she has built a Career Development Program (CDP) with the aim of supporting HR staff in their career growth by mentoring them as both team members and company members. The CDP helps employees target their interests and strengths, a process that begins with personal coaching sessions with Susan, during which she encourages staff to enter their goals into a template for a five-year plan. After their goals have been established, staff meet with managers to discuss their plans, generating company support for accomplishing their personal goals. Employees establish milestones in the path to their goals, and managers then support their growth by meeting every six months to assess their progress, offer feedback, and update their goals. Under Susan’s guidance, 50% of her staff have achieved their PHR/SPHR certifications and the company’s retention rate has increased by 5%.

When Jacquie Hamp took the helm of Goodwill Industries International’s Leadership and Development programs in 2007, the organization was facing an impending potential crisis. Internal research showed that beginning in 2010, approximately two local-level CEOs would be retiring each month. Jacquie responded by taking the existing Goodwill Executive Development Program to the next level by introducing two additional programs: The Senior Leader Program, which develops Goodwill leaders who may not seek a CEO role or who are not yet ready for that challenge; and The Management Development Program, which develops first-level managers who are new to leadership.

Under Jacquie’s guidance, Goodwill’s leadership development programs have had tremendous success: 31 employees have completed the Executive Development Program, 74 employees have graduated from the Senior Leadership Program, and 75 employees have graduated from the Management Development Program. These individuals are now developing and delivering training locally to their managers. Jacquie’s efforts have prompted colleagues to consider her a “leader with a true passion for optimizing human resources” – someone whose association with a new program or project will garner far-reaching support. 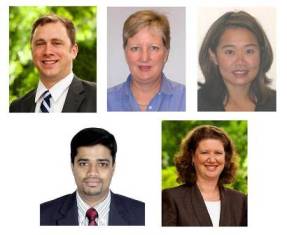 Within just nine months, the company grew its NIA staff by 50%. The HR Team’s ability to collaborate and execute these complex functions despite their geographic differences was outstanding; they operated as a seamless leadership team.

Daryl Zapoticzny is described as consistently demonstrating ethical business behavior, most notably in his decision-making. In his role as a recruiting and human resources leader at AOL, Daryl weighs all sides of a situation before moving forward. As in any business, there have been opportunities where it would have been much easier to forgo ethical business procedures. However, Daryl has maintained an ethical focus and is described as being “not afraid to hold the line” if an executive is looking for special treatment that could set a bad precedent.

Perhaps the greatest testament to Daryl’s influence in the area of ethics is the fact that employees often go to him for advice when they find themselves in situations in which they are tempted to avoid confrontation. “He always takes the high road, even if it means more work for both of us,” a colleague said.

Daryl consistently values the organization and the individual as he supports the work-life balance of employees, and he is described by a colleague as “probably one of the few I’ve seen that stays true to who he is, no matter the situation.”

Community involvement has been a cornerstone of Arc Aspicio’s culture since CEO Lynn Ann Casey founded the company in 2004. Last year, Lynn Ann appointed Emily Tiedeman as Community Involvement Lead to enhance the company culture of improving local communities with an emphasis on homeland security. The 2010 Community Involvement Strategy goals included leading at least four community events, achieving 100% participation of all employees at one or more event, and raising enough money to sponsor a search dog through the National Disaster Search Dog Foundation; all goals were achieved. In addition, they encouraged their employees to use eight hours of supplemental paid-time-off for volunteer activities. Lynn Ann and Emily’s enthusiasm and passion for community service are contagious. Their leadership and organizational skills have made it easy for employees to get involved on a year-round basis.